The arrest warrant against the Sudanese President  pronounced by the International Criminal Court (ICC) has prompted a flurry of news, due to the fact that this warrant has been considered as «historic», because it´s the first one against a president who is still in office. Why do you think Omar al Bashir is the first president been sentenced even when he is still the president?

Indeed, this is the biggest puzzle of the year in the whole world in general and to the Sudanese people in particular. Why an elected president in office of a sovereign country should abide a warrant of arrest by a court of which Sudan is not a member? Nobody knows the answer to this question except Mr. Ocampo -public prosecutor of the ICC who has leaded the accusation against Al-Bashir-.

What are the immediate and future intentions of the Sudanese Government? How can a president continue his work with an order against him that prevents him from traveling to many European countries? Doesn´t it represent, at least, an impediment to the exercise of foreign affairs and /or diplomacy?

The immediate and future intentions of the Sudanese Government will remain the same as they were before. The Government of Sudan has many issues to be attended in this year and in the future. Firstly, the it´s fully engaged in the question of Peace settlement in Darfur as the top priority on the list. With the help of the African Union and the United Nations, the issue of Darfur has to be solved. Secondly, the full implementation of the Comprehensive Peace Agreement (CPA) in the South Sudan must be completed. Thirdly, the general elections of the country are taking place this year (2009/10). These have to be organized properly to reflect true democracy for the elections to be free, fair, and transparent. Fourthly, like the rest of the world, the Sudanese Government has every reason to worry about the economy of the country which has been affected so badly by the economic melt-down of the world, etc. These are the immediate and future issues challenging the Government today.

Concerning traveling, recently Bashir has been traveling to UAE, Egypt; Libya, Ethiopia, Eritrea, etc without any problem.  Sooner, he is going to travel to Uganda, Kenya, Nigeria, South Africa, etc.  He doesn´t need to visit Europe if that is what the European Countries want. But I am sure that this will not affect our bilateral relations with those countries.

Doesn´t this fact cause an impediment to the exercise of Foreign Affairs and diplomacy? Well, somehow it does cause some delays here and there, but the bilateral relations will continue. Things like projects and business activities are best to be coordinated by the Ministries of Foreign Affairs and Cooperation plus the Embassies.

Spain is signatory of the Rome Statute -which recognizes the ICC-, so it´s a country that supports the decision taken by the ICC against the president of your country. It represents a change in your work as ambassador to Spain? And in so far as relations between the two countries are concerned?

Spain must serve their interests first and so they are doing it, by not giving an official pronouncement that could damage our bilateral relations. On my part as ambassador of Sudan in Spain I´m going to continue my work normally, just as my counterpart in Sudan is also doing in Khartoum. For me, there´s no change: in so far as the diplomatic relations everything is normal, and we are going to try keeping it in that way.

What do you think about the Spanish press coverage?

The mass media has the freedom of expressing their opinion in all ways, positively or negatively. We respect Spain as a sovereign country and we have good bilateral relations with the Spanish government and citizens.

We have not received any official feedback from the Spanish government, so if there is any information about this warrant it is in the mass media. I don´t speak Spanish yet, so I don’t read much media in Spanish, and also for me as an Ambassador the only information than affect me is the official one, so I don´t care about the mass media opinion if I don´t have a negative communication by the Foreign Ministry.

Recently the report of the UN General Secretary, Ban Ki-Moon, to the Security Council stated that, as a result of the expulsion of 16 humanitarian organizations the past month of March, now in Darfur more of a million people is under death risk. United Nations is only will be able to fulfill the feeding of refugees for a few weeks, and that the situation will get worse in May, with the arrival of rains. Is irrevocable the decision of the Sudanese government with respect to these organizations or is possible that, for humanitarian reasons, it allows these NGO to go back to Darfur to help the displaced people?

The government of Sudan knows what they are doing and will turn to allow the help when they need it. The government has no intentions to starve the people of Darfur to death. If the government deems it fit for the return of the International NGO to Darfur, I am sure they will be allowed to apply to go back. Some NGO have already started to apply.  For example, Oxfam has applied to return to Darfur.

After the expulsion of the NGO, the Sudanese president announced that the assistance rendered would be replaced by the efforts and funding from government and local NGO. Is there already a plan for distributing humanitarian aid in the region? Is it really necessary to replace the aid to refugees in camps in Darfur?

I am sure the Government is doing all it can to provide those items needed for humanitarian aid in Darfur but, obviously, the humanitarian aid is needed in Darfur, and the Government it´s not able to fill all this help. It was a reaction in view of the ICC decision, but our presidents it´s sure going to rectify, and the NGO will be able to continue their job in the region of Darfur. 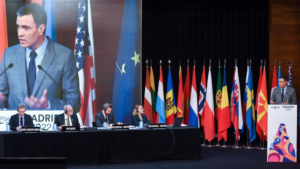 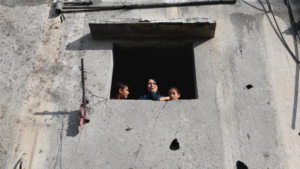 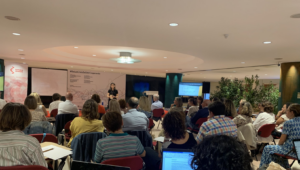