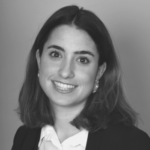 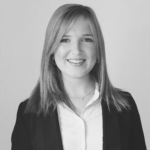 What are the humanitarian impacts of the war in Ukraine?

The Russian military’s attacks on Ukraine are causing major humanitarian devastation, although it is still too early to know the extent of these severe and terrible consequences on the population. Hundreds of people have been killed, thousands have been injured and the attacks are expected to result in the destruction of key infrastructure meant to ensure the supply of food and medical services.

However, a significant exodus of people escaping from the armed conflict has already begun. According to UNHCR, by the 28th of February, at least 520,000 people have already fled to neighbouring countries and this number is exponentially growing. Filippo Grandi, the UN High Commissioner for Refugees, has claimed that the rapid increase in this exodus had not been seen in Europe since the Balkan War. This number is likely to rise up to 5 million people if the attacks continue. Within the country, it is estimated that at least 160,000 people have been forced into internal displacement.

What does the humanitarian response consist of?

The arrival of that many asylum seekers in nearby countries means that they will need shelter, basic hygienic facilities, and food, as well as protection. So far, the locals in neighbouring countries have deployed aid points and several nations have opened their borders. At the moment, the response is being led by local NGOs and the Ukrainian Red Cross.

The UN has allocated $20 million from its Central Emergency Response Fund (CERF) to help Ukrainian civilians and the WHO has earmarked $3.5 million to provide urgent medical supplies. Today the UN is launching a humanitarian appeal to strengthen the response.

One of the main concerns expressed by the UN is to ensure the protection of humanitarian actors during the conflict. While tensions in the country were already being considered in contingency planning, such an alarming catastrophe was not expected.

The EU has promised to activate the Temporary Protection Directive designed to prevent the collapse of the reception system in European countries, representing a step forward in European migration policy, which until now had been resistant to the reception of refugees and migrants. This instrument, which grants immediate and temporary protection to massively displaced persons, had not been applied since its creation in 2001. The Directive is implemented through a Council Decision, providing protection for one year and renewable for two years. EU countries are obliged to grant displaced persons a residence permit that allows them to work, to access the education system for both minors and adults, and to receive social assistance, medical treatment, and accommodation.

Spain is organising various initiatives to provide an unprecedented humanitarian response to the critical situation in Ukraine, providing 20 tonnes of humanitarian aid, with a foreseeable activation of the AECID emergency agreements and showing a positive response to international humanitarian appeals. Moreover, the Prime Minister has also expressed his support for the arrival and protection of displaced persons fleeing the conflict, promising the regularisation of 100,000 Ukrainians and giving them access to work and education.

What are the humanitarian implications for third countries?

Another major humanitarian concern is the impact of this armed conflict on wheat production as Russia and Ukraine supply a third of the world’s total wheat and the cereal prices are at their highest level since 2008. This rate increasing may have a particular impact on countries of Middle East and Africa, which could worsen the food insecurity situation in countries already affected by other armed conflicts and by climate change. The humanitarian response to the war in Ukraine and the positions of neighbouring countries and EU states are very positive so far and we hope that they will continue in this direction. However, it should not be forgotten that other displaced persons such as Afghans, Syrians, Ethiopians, Rohingyas and many others who are forced to migrate because of violence also have the right to receive international

Real-Time Evaluation of the MIRE II Project completed in Colombia

A humanitarian perspective into the Ukraine war

Articles in other sources | Breaking

Normalization with Syria ‘a breakthrough’ for Jordan’s regional role