President Barack Obama has just finished his first 100 days in office. The number of different policies, initiatives and projects set in motion is impressive. Given that any US president is faced with the obvious limits of the Washingtonian factors that surround, limit and haunt him, Obama deserves to be applauded for the energy and panache with which he is attempting to turn the page after the disastrous Bush-years. More than anything, there are some signs that Obama understands the changing nature of international politics, and the more modest role of the United States in world affairs. It is unclear whether there is an explicit awareness of Washington’s dwindling power, but the White House certainly is taking a much more realistic (as opposed to Realist) approach to its role. The US is on a path of slow readjustment towards normality as one among various powerful actors in the world community, and Obama seems to be the right man for that job.

Ever since Franklin Delano Roosevelt introduced a remarkable array of new programs and thereby changed the direction of his country during his first 100 days in office, the “first 100 days” of any new president have had a special importance in deciding the effectiveness of any presidency. Besides historic symbolism, there are a number of practical reasons behind this. US politics is exceptionally driven by election cycles. During the early stages of the first presidential term, Americans tend to unite behind the newly elected president (regardless of party affiliation), giving him  legitimacy and political clout that tends to disappear gradually over time. With biennial house and senate elections, the months right after moving into the White House are often the only ones relatively free of election games, rallies or fundraisers. So far, Obama has used these temporary powers wisely.

The fact that Obama became president after the disastrous Bush Administration was for him both a blessing (he could hardly do any worse, and the country was desperate for change) as well as a curse (little economic flexibility plus an obligatory reprioritization of objectives). However, there is a more interesting issue to consider in this respect. The current state of the United States is not simply the result of failed short-term policies. It might very well be that the current crisis will in the future be seen as the turning point of Western-domination in the world. If this is the case, Bush’s policies may have accelerated such relative decline, but they are certainly not the main cause of this seemingly inevitable historic development. Obama’s challenge would be to herald in a new, more modest era of US international politics. The disdain of Bush and the reality-shock that Americans have gotten with respect to their nation’s relative vulnerability would aid Obama in managing such change.

Internationally, the world is in a slow process of rebalancing the balance of power between various actors, including non-state ones. Obama’s first 100 days have largely focused on repair and recovery, but there are signs seeping through that his administration is aware of the rebalancing process that is likely to lead to the US becoming more of a primus inter pares rather than the sole superpower in world affairs.

His focus on bilateral relations, including with Russia and Iran, certainly seems to indicate a different type of foreign policy from his predecessors. This is not to say that, for example, George W. Bush was a great multilateralist (he did more than any other recent US president to undermine the United Nations), but he did have an unshakeable belief in the manifest destiny of US leadership. Obama seems to take a very different approach. Although lip service is still paid to his nation being a leader when it comes to global issues, the current White House seems much more interested in consolidating their interests in an almost ordinary fashion: tough, practically-oriented negotiations combined with an understanding that compromises need to be made.

Obama’s choices with respect to torture (prohibition from now on, but without persecuting past-perpetrators) could be interpreted in similar fashion: the US has its moral principles (and wants to improve its image with respect to the rest of the world), but sees no need to revisit the past. If Obama had wanted to truly regain US world leadership across the globe, more would have needed to be done. Instead, he opts for something that pacifies most of his critics while not choosing to exchange painful domestic measures for the chance to regain past international glory.

All of this is good news for the rest of the world, and especially for developing nations and those suffering from the consequences of international imbalances and conflicts. One of the most painful aspects of the US during the Bush administration was that the emperor had very little clothes, and as such often resembled more of a madman than a trustworthy (albeit perhaps arrogant) leader. The world doesn’t oppose ill-defined concepts such as “freedom” or “democracy”. What it opposed was an actor that abused those terms for hidden agendas while not having either the power or the will to truly make the world a better place. There is no doubt that the United States will still, and for a long time to come, be an actor wielding an incredible amount of power and influence. Its impact on local conflicts will continue to curse or bless territories across the globe. However, the US can no longer afford to play the petulant divinity that messes up the lives of ordinary people in its impatient and ineffective realisation of a personal agenda.

The US has never been all-powerful, but now in the 21st Century it is certainly neither capable of being the shining light on the hill for other nations to follow nor to nudge other nations along on their march to freedom and prosperity. Obama’s policies seem to reflect that understanding. The United States will likely continue to be a determinant as well as determined actor in an agenda that goes beyond narrowly defined national interests, but hopefully it will neither have the arrogance nor the desire to be more than one among various powers in world affairs. This transformation will not be from one day (or one administration) to the next, but Obama’s first 100 days seem to indicate an understanding of its position in the complex 21st Century. This should be celebrated, and the world needs to facilitate the American return to a community of mere mortals. 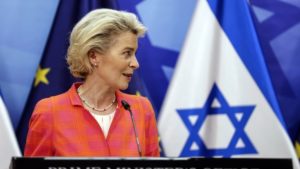 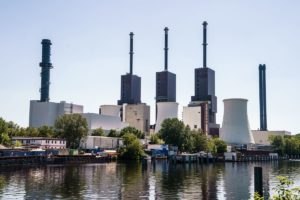