Insecurity, impunity and underdevelopment threaten civilian populations in eastern Chad despite the presence of the United Nations and repeated promises by the Government of Chad to improve the situation. Impoverished refugees, internally displaced persons and local communities remain exposed to banditry and tensions over scarce resources between populations continue to build. Humanitarian staff routinely fall victim to attacks and assistance is not reaching thousands in need. Stabilising eastern Chad will require concerted and mutually reinforcing efforts by international and national actors alike.

Overlapping domestic and regional factors underpin the insecurity in eastern Chad. Decades of neglect and endemic poverty has been the background to repeated bouts of civil war and cross-border hostilities that eventually caused the influx of 250,000 Sudanese refugees and the further displacement of 180,000 Chadians in the eastern region. While the worst of the conflict is now over, civilians and humanitarian staff remain at risk owing to the breakdown of law-and-order and rampant impunity. Attempts to strengthen justice remain superficial, particularly as the armed forces and politically connected individuals remain above the law.

At the behest of the Government of Chad, the UN Security Council mandated, in September 2007, a multidimensional mission in eastern Chad. This consisted, initially, of: a UN civilian component (MINURCAT); the creation of a Chadian community police force, the Detachément Intégré de Sécurité (DIS), tasked with addressing insecurity in refugee camps and IDP areas, protecting humanitarian activities and building Chad’s own community policing structure; and a transitional European-led military component, the 3,700-strong EUFOR, focused primarily on the protection of civilians, to be replaced by a 5,200-strong UN military force, MINURCAT II in March 2009, with a similar mandate.

Although originally envisaged that MINURCAT presence in Chad would be needed until at least 2011, the Government of Chad recently notified the UN that it does not want to renew this mandate after March 2010. The Government has highlighted the UN Force’s slow deployment, uncertain impact and the general change in the context that had originally justified an international military presence. While the United Nations’ response has not achieved initial expectations owing to serious constraints, it is progressively, albeit slowly, improving localised security in some zones. Crucially, however, the UN Force and DIS are presently filling a void that the Government of Chad is incapable of maintaining and assuring in a comprehensive and accountable manner.

With UN Police support, the DIS has had a positive, if limited, impact; refugees and IDPs report that they feel safer where regular patrols are being provided. Internally, the DIS faces significant challenges during this early stage of development, such as inconsistent levels of professionalism, gender, ethnic and religious discrimination and corruption. Further, the lack of an independent mechanism for accountability means it will be many years before a truly «community police» culture emerges. Without continued refinement, mentoring and the establishment of monitoring system, the DIS risks collapse, in particular if the UN withdraws and the DIS loses UNPol support.

As of mid-February 2010, MINURCAT II Force deployment was still only around 68%, less than half of the helicopters pledged to the mission have been delivered, field bases are not completed owing to logistical delays and the new troop contingents do not always meet minimum Force Requirements. The force is therefore unable to carry out patrols during high-risk hours or in exposed locations, where most banditry occurs, and the porous border region is also left unpatrolled, by order of the Government of Chad. Time and resources are also absorbed escorting humanitarian workers – targeted by bandits – overstretching the Force’s capacities. Nevertheless, refugees and IDPs support the Force’s presence and gradual progress is being made in terms of improved security.

Regardless of the MINURCAT’s exit date, protecting civilians from violence should be a priority. In this regard, the UN must ensure the sustainability of the DIS community policing force and strengthen Chad’s faltering justice system; otherwise insecurity may dramatically increase upon its eventual departure. The Government of Chad must build upon the UN’s advances and assume its sovereign responsibilities by genuinely committing to broad security sector reform aimed at ensuring the protection of civilians.

Beyond the immediate protection needs that the UN Force and DIS can provide for civilians, a longer term and sustainable response must ddress the structural factors that underpin instability in Chad: corruption, arms proliferation, poor governance and the lack of democracy. Without genuine efforts to overcome these factors, Chad will continue to remain one of the most unstable and poorest countries in the world. 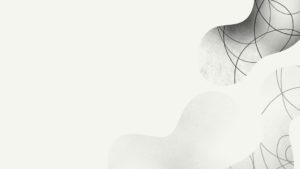 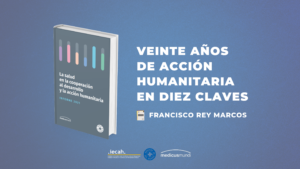 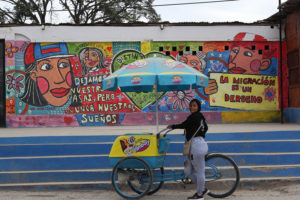 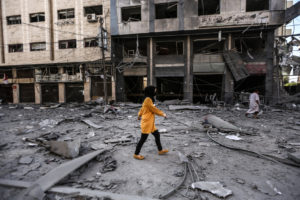